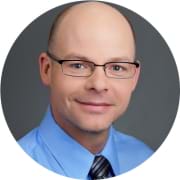 At the age of 12 Kevin got hooked on coding when he wrote his first computer game. He hasn’t stopped coding for 35 years. Kevin wrote programs for his high school computer lab and later discovered you could have a career in writing code and he knew that was his destiny.

Kevin runs the day to day operations at CyberLancers as he works with clients and the team of developers. Once in a while he still rolls up his sleeves and does some of the architecture for CyberLancers’ projects. Kevin’s passion in the business is to bring together the best developers in the industry to create outstanding products. Kevin’s greatest strength is his ability to communicate effectively and he loves working with clients trying to understand their needs and then translating that into a development project that suits the client.

Kevin spends his spare time woodworking, skiing, snowboarding, traveling and camping. His dream is to someday build a woodworking shop back in his home state of Vermont and his travel goals include visiting all 50 states (2 more to go) and all the continents (2 more to go).